Lightroom Presets - Are they worthwhile?

In the last few years I've noticed a number of other (usually) prominent photographers trying to sell their favourite Lightroom Presets, often as part of some "unbelievable special offer". How could you possibly pass these up? 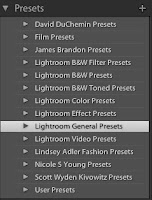 Could these presets be worthwhile? Will they really save you the time and make your photographs stand out? Will they be beneficial to your style of photography? From my experience, the answer is usually no.

Lets take a step back for a minute. The presets being offered originated when a photographer was making changes in the various tuning parameters in Lightroom for a single photograph. When they got these settings to a point they liked, they then saved all these changes as a preset. They did this process for a number of different photographs and bundled these presets up for sale.

What is getting saved in these presets? Effectively all the settings that the photographer changed. Here's an example:

So you can see above, there's no magic here. In fact many of the settings are unchanged from defaults. 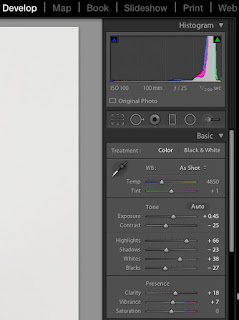 When you get these presets, you get the fun job of installing them - something that most Lightroom users won't do because they don't share presets. You do this simply because you presume these Lightroom presets will save you time making the same settings. Problem is, when used with your images, these presets are simply a starting point to get closer to a look you want. You're still going to have to make your own changes.

So what do I recommend? If you're determined to use other photographers presets, then there's already presets available at no cost. I would suggest trying them and see if they offer any benefit at all to your personal workflow. There's some interesting ones that emulate the look of different films - but once you've seen one, it's not rocket science to make your own changes to emulate another.

Regardless of whether you choose to buy presets or not, if you really want to fine tune your images, then you still need to learn how to use the develop module.

I've purchased a few of these as part of a larger package deal - effectively free in my case. I installed a bunch of them - they definitely make interesting changes to my images. But truthfully, I've not used any of them in my workflow or my final images. NONE.

I'm not impressed that there's individuals and companies out there that sell these (or offer a few as a lure to get your email address), thinking they're doing us a favour.

Personally I'd suggest you save your cash and spend more time really learning to use Lightroom's develop module, and understand how to make changes. Better yet, take a class on this - I'd highly recommend RMSP.

Where has your photographic journey taken you?

I vaguely remember as a very young kid, being given a very old box camera to play with. I was curious why I could look through a glass window at the top, and could see the image that was in front of the box. Curiosity took the better of me and I opened it up to see how it worked. I don't recall anyone having any idea how it worked, other than the understanding that it was a box camera. I suppose you could say this was my introduction to photography.

Some years later in my mid-teens, I went to Italy on a coach and bought a "110" pocket camera on the cross-channel ferry to capture my memories. I still have some of the photos from that camera 30 years later. A few years later on one very rainy day, I was cycling to work and I found a 35mm point-and-shoot camera on the side of the road, filthy and soaking wet. I took it home, cleaned it up, exposed the film and asking if anyone knew the people in the photos to help return it, without success. I still have this camera today. 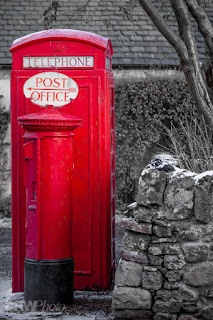 That 35mm point and shoot became the first camera that seldom left my side, and I took many photographs as I travelled around the country. I was initially intrigued that I could take photos of local scenery that looked unfamiliar to people who had lived only a few miles away their entire lives. As it was 35mm film (and my friends mother worked at Kodak, giving me access to lots of cheap film), I tried many different kinds including black and white film.

A few years later, I moved to the USA, and soon bought my first SLR camera - a Canon Rebel X with a couple of cheap Sigma lenses. The camera lasted for years, only to be replaced by my first foray into digital photography, with an Olympus point-and-shoot camera which I used to photograph my young kids. It had less than 1.3 megapixels, so the images were hardly a film replacement - an issue that later resulted in upgrading to a Canon 7E SLR and a new Sigma standard to wide angle lens. This combination helped re-introduce me back into landscape photography, however I realised the downsides of plastic cameras when taking photographs in the cold icy environment in Minnesota. I slipped on the frozen shore of the Mississippi, and my camera on it's tripod fell and broke resulting in a ruined lens and a camera repair bill that I didn't want.

After the turn of the century, I bought my first DSLR- a Canon 10D, which was built like a tank. Unfortunately it had constant focusing issues (which didn't occur using the same lenses in my film camera) and had just 6 megapixels to work with. After years working with film, I really didn't like the crop sensor images. I ended up losing patience with my expensive toy and put it aside and went back to Fuji Velvia and Agfa Scala slide films. By now I could afford to purchase a Canon 1V which was bulletproof - perfect for taking photos in the frozen tundra in northern Minnesota and beyond and not having to worry about breaking the camera or the battery going flat. Travels with my 1V resulted in a box full of slides which I treasure to this day.

Around this point, I attended a Rocky Mountain School of Photography 'weekend' course hosted in Saint Paul, Minnesota which made me much more interested in pursuing photography more seriously. I also attended a National Geographic course on Travel Photography and an excellent course on Nature Photography from John Shaw.

My Canon 10D left me so frustrated that I didn't venture back into digital photography for 6 years, until I found what I considered to be the first realistic film replacement digital camera that didn't compromise - the Canon 5D mark 2. Today I still use this camera. 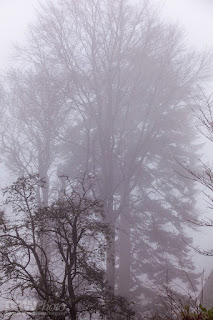 I bought a second 5D2 body shortly before putting work on pause to attend Rocky Mountain School of Photography's 3 month long summer intensive in 2013, which I now use interchangeably with the first one. The Summer intensive course was a wonderful step into the world of professional photography, spending all day (and many nights and weekends) breathing photography for the majority of the 3 months. Thousands of images later, I miss the atmosphere of being surrounded by so many creative people who also crave the same.

Today, while I'm diversifying into studio based photography, I still photograph landscapes and nature. I'm still learning, but my biggest pet peeve is wasting time trying to get tack sharp images. I don't recall having so many issues trying to get sharp photographs with film, so I wonder if one of the reasons is the low-pass filters that most DSLR's have to remove moiré. I expect my next jump will be to the Canon 5DSR when I can justify the expense to find out.

Where has your journey in photography been?
Posted by Dean at 16:24 No comments: